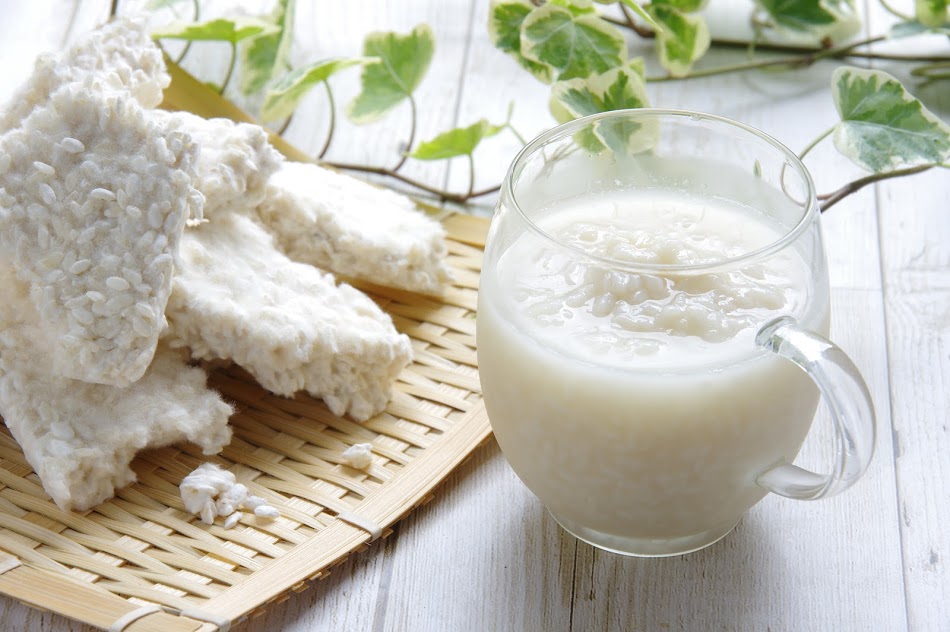 Let me introduce about health benefits of Amazake 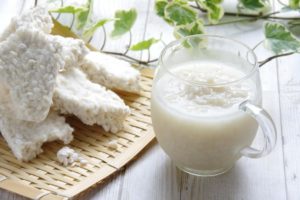 According to several studies, when Aspergillus oryzae (koji mold) grows on steamed rice, it produces 400 new ingredients that were not present in steamed rice. What an amazing power of fermentation created by Koji mold!

Here is 5 health benefits you should know about Amazake

Do you know glucose?

The glucose contained in amazake is decomposed by the power of Aspergillus oryzae (koji mold), so the size of glucose is small enough to be absorbed directly from the small intestine. Therefore, the energy source can be efficiently absorbed in the body.

Since it contains abundant amino acids, B vitamins, minerals, etc., it is called IV drip version of drink because it has the same ingredients as an IV drip. It is a sugar that does not need to be converted in the liver, so it immediately becomes a nutrient for cells and brain, and it can be expected to have effects such as improving fatigue and swelling, improving skin condition with vitamin Bs and amino acids, and it also improves bowel movements.
In the Edo era, amazake stores sold it as a drink to prevent summer fatigue and it was very popular. It is still popular today. Recently, its efficacy has been reviewed, and you can see it in many supermarkets.

Beauty effects is something that women especially want to pay attention to! Amazake, which is also rich in B vitamins, improves blood circulation and metabolism, delivers nutrients required by the body to every corner of the capillaries, and drains waste products. Aspergillus oryzae contains biotin, which has the function of adjusting the condition of the skin, which tends to be deficient due to drinking, smoking, stress, etc., and is also effective to improve dark circles under the eyes, rough skin, spots and dullness.

Glucose has the effect of increasing blood sugar levels as well as supporting digestion, and even if it is a small amount, it suppresses the feeling of hunger.
It also contains substances derived from amino acids, such as GABA, which suppresses frustration, so it also has the effect of preventing overeating.
If you’re feeling like you want to eat sweets but when you’re on a diet, or if your stomach is too empty and you’re frustrated, why not try Amazake as a diet support drink?

5. There are so many other benefits of amazake

In addition, the enzyme contained in Aspergillus oryzae has an antioxidant effect, so it has the function of suppressing the generation of active oxygen, which is a source of aging.
It also helps prevent lifestyle-related diseases such as arteriosclerosis and high blood pressure, and is said to be effective in eliminating premenstrual syndrome such as menstrual pain, pre-menstrual irritation, and rough skin that are unique to women, and improving breast milk output.

Hope you will start drinking amazake as your daily drink!